British Foreign Secretary Boris Johnson called for voluntary return of Rohingya refugees to Myanmar’s Rakhine region “in safety and with dignity” during his visit to a refugee camp at Cox’s Bazar in Bangladesh on Saturday.

“It is vital that the Rohingya refugees must be allowed to their homes in Rakhine voluntarily, in safety and with dignity, under international oversight, and when the conditions in Burma are right,” said Johnson, who is due to meet Myanmar’s leader Aung San Suu Kyi on Sunday. 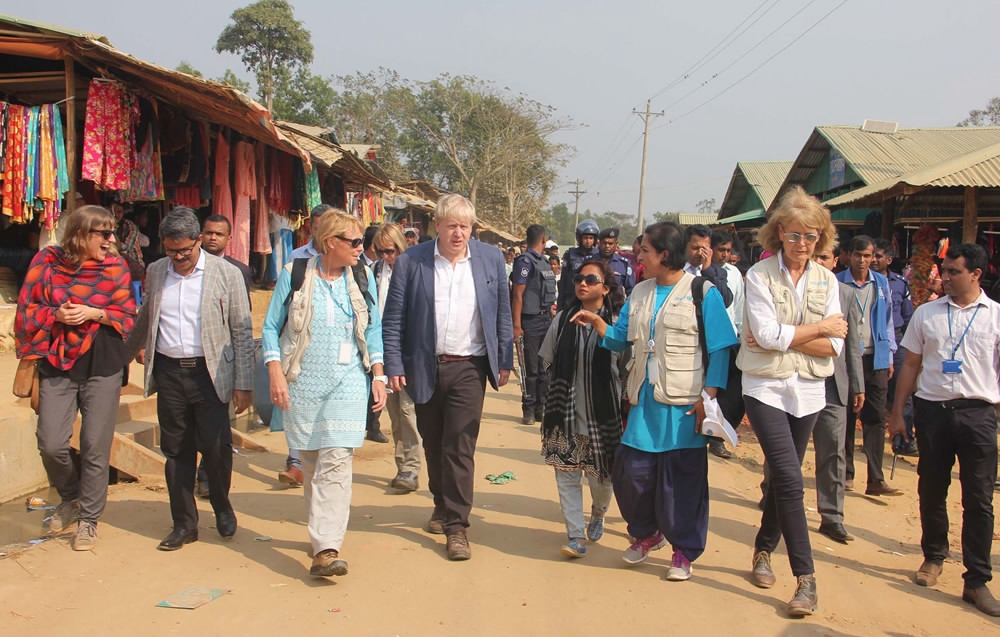 Nearly 690,000 Rohingya Muslims have fled the Rakhine State in Buddhist-majority Myanmar and crossed into southern Bangladesh since August last year, when attacks on security posts by insurgents triggered a military crackdown that the United Nations’ top human rights official branded a “textbook example of ethnic cleansing.”

“I have seen for my own eyes the horrendous living conditions the Rohingya people are having to endure and it has only further strengthened my commitment to working with international partners to improve the lives of these people in 2018,” Johnson said, adding that he welcomes efforts by both Myanmar and Bangladesh to facilitate the refugees’ return to Rakhine. 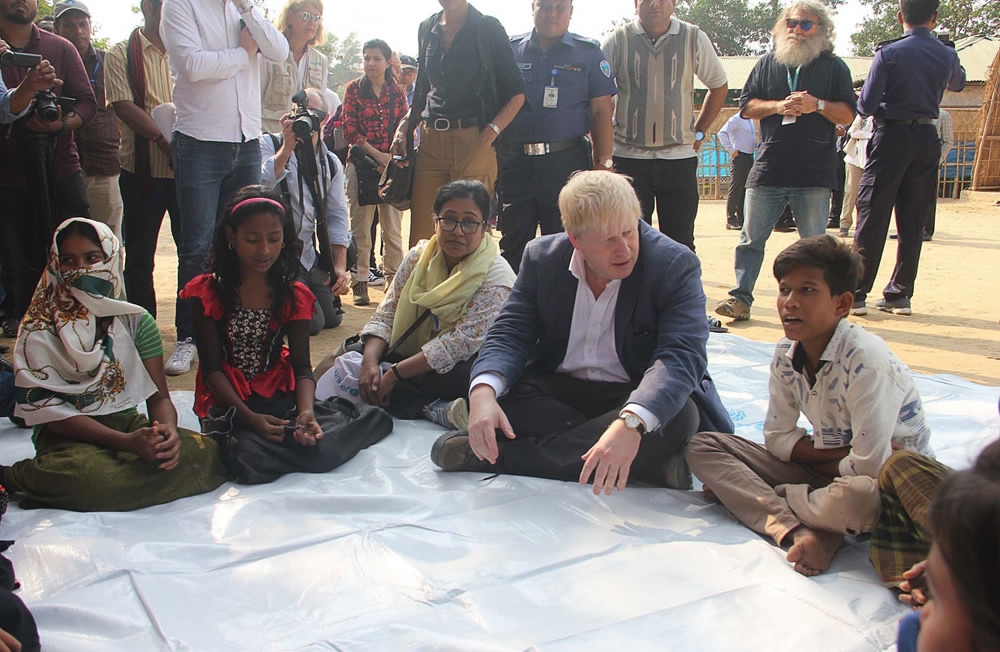 In a televised speech last September, Suu Kyi announced a plan to repatriate the refugees in accordance with a “verification” process agreed with Bangladesh.

Myanmar is ready “at any time” to repatriate the Muslim refugees who have fled the country, she said. “Those who have been verified as refugees from this country will be accepted without any problems.”

In January, Myanmar and Bangladesh agreed a two-year timeframe for repatriating the refugees. Myanmar has agreed to accept 1,500 Rohingya each week. 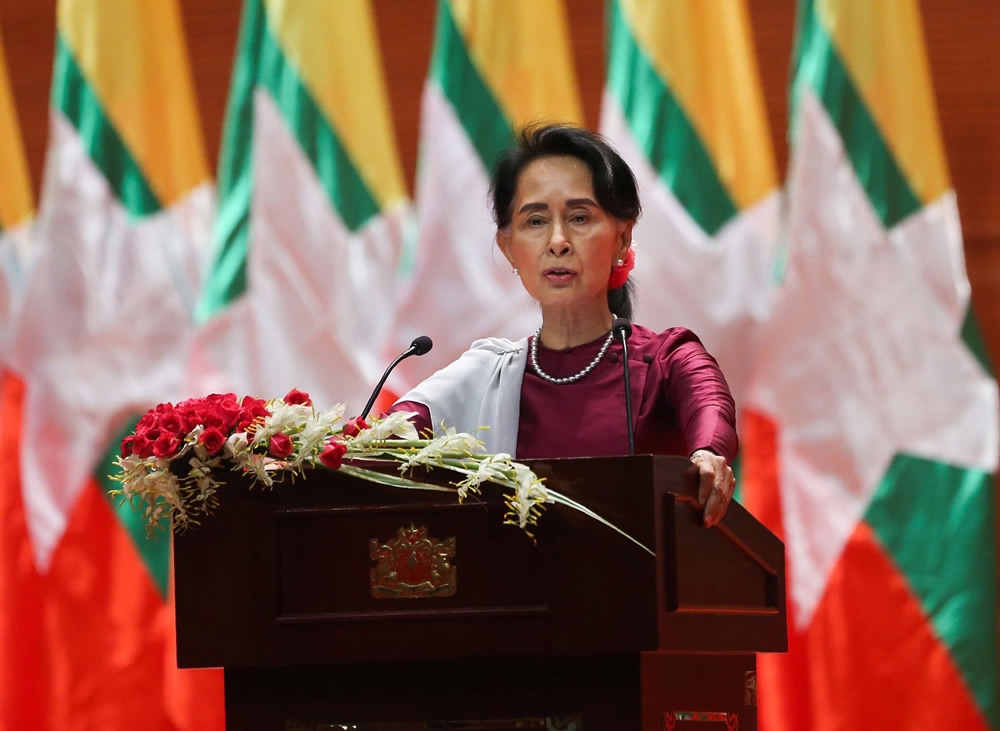 But the Rohingya refugees, who have long been denied citizenship by Myanmar, are worried about the conditions and their rights upon their return.

The British foreign secretary is expected to discuss the safe return of the refugees with Suu Kyi.

The Rohingya crisis is viewed as one of the biggest political challenges for Suu Kyi, a Nobel Peace Prize laureate who became State Counselor of Myanmar under a delicate power-sharing agreement with the military after her party’s victory in the November 2015 election.

Britain to accept travellers with Chinese and Indian Covid shots