Britain’s foreign minister Boris Johnson has arrived in the United States to meet close advisers to President-elect Donald Trump and senior Congressional leaders to discuss ties between the countries.

Last June’s vote to leave the European Union has left Britain facing some of the most complicated negotiations since World War Two, with the country keen to deepen ties with the United States and other nations to show that Brexit will not diminish its standing in the world.

Johnson’s visit, which was not flagged in advance, is part of Prime Minister Theresa May’s strategy to improve relations with Trump’s team after the president-elect irritated the government by saying that outspoken anti-EU campaigner Nigel Farage would be a good choice for Britain’s ambassador to Washington.

May’s two most senior aides made a secret trip to the United States last month. 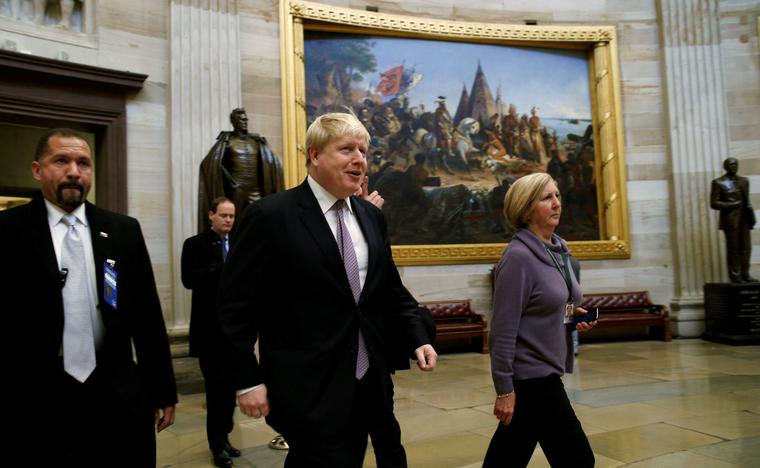 “Following the successful meeting last month between the Prime Minister’s chiefs of staff and President-elect Donald Trump’s team, Foreign Secretary Boris Johnson is undertaking a short visit to the U.S. for meetings with close advisers to the president-elect and senior Congressional leaders,” a spokesman for Britain’s foreign ministry said in a statement on Sunday.

“The discussions will be focussed on UK-U.S. relations and other foreign policy matters.”

May had told Sky News earlier in the day that she was sure that Britain and the United States would build on their close ties and that their “special relationship” would endure despite describing some of his comments about women as “unacceptable”.