Beijing called on Paris to provide “an enabling environment and a level-playing field for Chinese enterprises’ investments and operations” on Friday, a day after French President Emmanuel Macron promised measures to help prevent foreign investors buying up farm land in France, a measure seen as being targeted at China.

“For me, French agricultural lands are strategic investments on which our sovereignty depends, so we can’t allow hundreds of hectares of land to be bought by foreign powers without us knowing the aims of these purchases,” Macron announced as he hosted a gathering of about a thousand French farmers at the presidential palace on Thursday.

His speech came amid reports of Chinese investors buying 2,700 hectares of agricultural land in the Allier and Indre regions of central France over the past two years. “We will very obviously put in place regulatory safeguards and will work with you… to put an end to what happened,” the French President told the farmers, referring to the acquisitions, but without naming any country.

“I am not aware of the specifics of the relevant business cooperation. The Chinese government always asks its enterprises to observe laws and regulations when expanding markets overseas,” China’s Foreign Ministry spokesperson Geng Shuang said on Friday when asked to respond on the French farmers’ concerns about Chinese investments and the subsequent announcement by Macron.

“We also hope that the relevant party could provide an enabling environment and a level-playing field for Chinese enterprises’ investments and operations there and contribute to the sound development of bilateral economic cooperation and trade,” he added.

Farmers’ union FDSEA has also raised the issue saying foreign investments are targeting farmers on the verge of backruptcy. 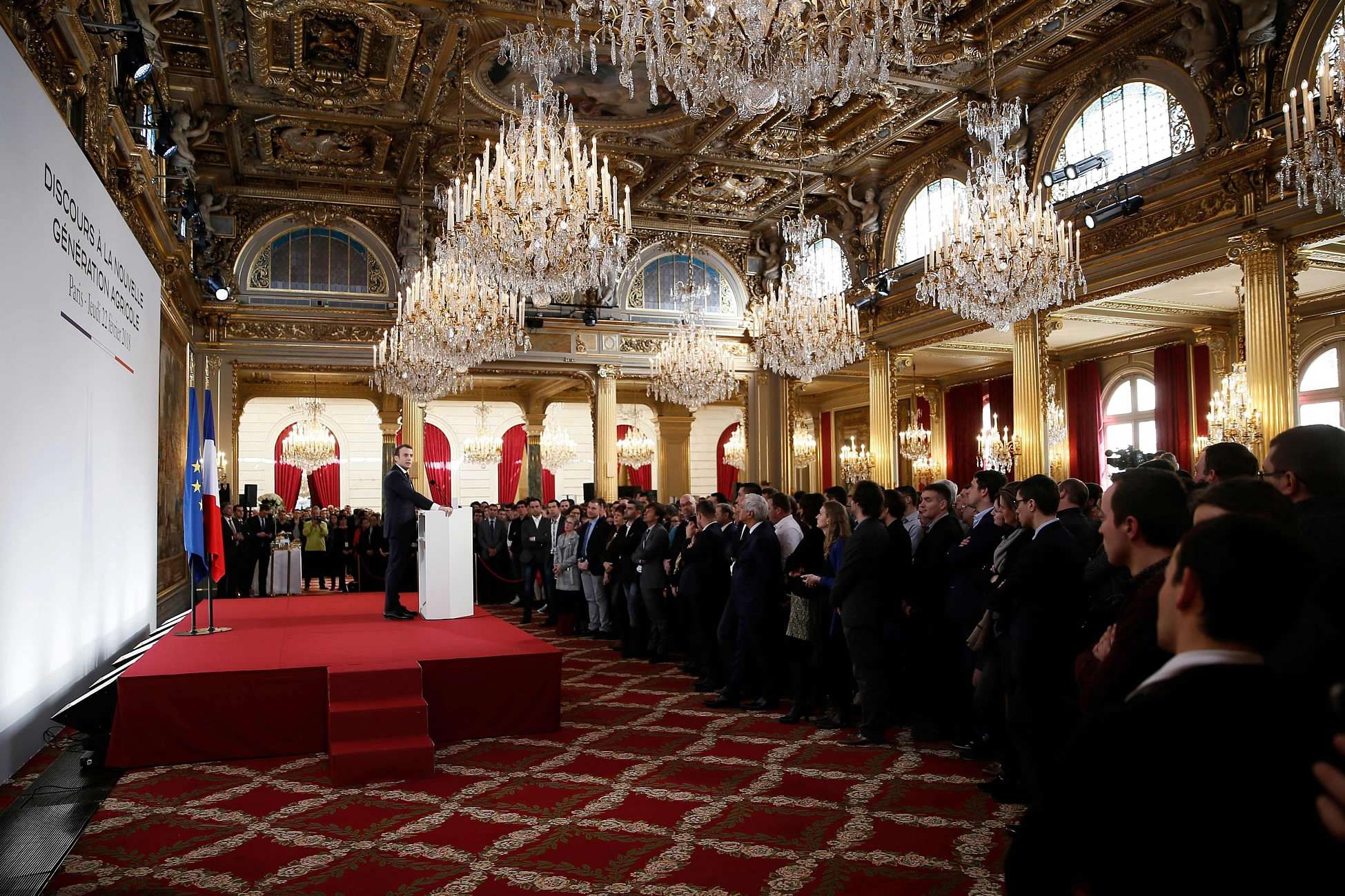 French President Emmanuel Macron delivers a speech to members of the new generation of French farmers during a reception at the Elysee Palace in Paris on Feb. 22, 2018. /VCG Photo

The French President has proposed an investment plan worth five billion euros (6.2 billion US dollars) over his term which he said on Thursday would include a new fund worth one billion intended to provide loans to young farmers.

“We are going to widen the sources of finance to take into account the changes underway and allow young farmers to start in their profession in the best possible way,” he said.

The farming community remains skeptical, however, and a series of protests have been held nationwide recently over changes to farm subsidy rules and a possible trade deal with South American countries.

French farmers last week drove tractors through town centers and blocked highways to oppose extra agricultural imports from South America, which they say are produced with lower standards than in Europe.

Macron is likely to face the farmers’ wrath at the annual Paris farm show on Saturday which is an obligatory stop for French leaders. Last year, he was hit on the head by an egg launched by a protester.

If Turkey need Russian gas, they should come and ask: Gazprom...