The steely stare says it all.

Jolie looked none too pleased with Pascal at The Hollywood Reporter’s Women In Entertainment Power 100 Breakfast, giving her the full Maleficent treatment.

The private email exchange, which began as a discussion about the troubled Steve Jobs biopic. was made public earlier this week following the widespread hack of Sony Pictures.

The emails showed Rudin was concerned that Jolie was trying to poach David Fincher from the Jobs project to work on her Cleopatra remake. 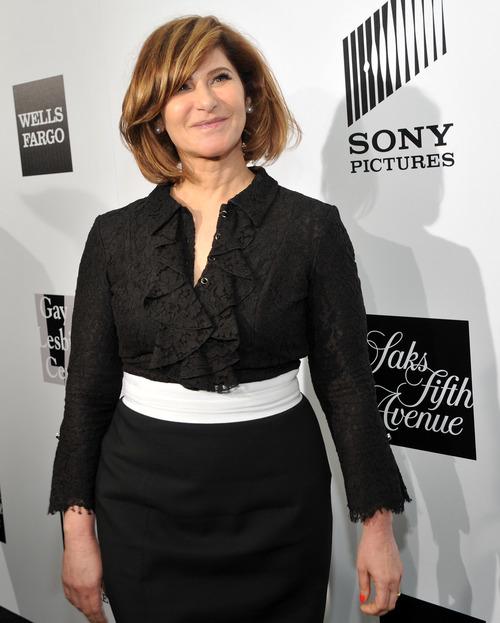 Rudin’s email to Pascal read: “I’m not destroying my career over a minimally talented spoiled brat who thought nothing of shoving this off her plate for eighteen months so she could go direct a movie.”

Pascal has since apologised for the leaked emails.

“The content of my emails to Scott were insensitive and inappropriate but are not an accurate reflection of who I am,” She said in a statement.

“Although this was a private communication that was stolen, I accept full responsibility for what I wrote and apologise to everyone who was offended.

“I made a series of remarks that were meant only to be funny, but in the cold light of day, they are in fact thoughtless and insensitive — and not funny at all. To anybody I’ve offended, I’m profoundly and deeply sorry, and I regret and apologise for any injury they might have caused.”

Sony Pictures was subjected to cyber attack from unidentified hackers on 24 November and huge amount of private correspondence and information has been leaked.