Afghanistan President Ashraf Ghani has agreed to release 400 Taliban prisoners after an Afghan grand assembly, known as the Loya Jirga, passed a resolution to approve the move.

The resolution recommending the release of the prisoners was passed on Sunday at the end of a three-day Loya Jirga, a traditional Afghan meeting of tribal elders and other stakeholders held to decide on momentous issues.

“In order to remove the hurdles for the start of peace talks, stopping bloodshed, and for the good of the public, the jirga approves the release of 400 prisoners as demanded by the Taliban,” Jirga member Atefa Tayeb announced.

Following the announcement, President Ghani said: “Today, I will sign the release order of these 400 prisoners.”

The prisoners’ fate was a crucial hurdle in launching peace talks between the two sides. The Afghan government has released almost all the Taliban prisoners on the list, but authorities have baulked at freeing the final 400.

According to an official list seen by AFP news agency, many of the inmates are accused of serious offences, with more than 150 of them on death row.

The list also includes a group of 44 fighters of particular concern to the United States and other countries for their role in “high-profile” attacks.

US Secretary of State Mike Pompeo on Friday pushed for the release of the detainees while recognising the decision would be “unpopular”.

On Sunday, delegates at the Loya Jirga said they wanted international guarantees that the Taliban would not return to the battlefield.

“The prisoner-release was the only hurdle that has now been removed. The agreement was that once the 5,000 Taliban members are released, the ceasefire will be discussed in the intra-Afghan talks,” Mushtaq Rahim, a founding member of Afghanistan Affairs Unit, an Afghan think-tank, told Al Jazeera.

“We are all set for the intra-Afghan talks to discuss future outlook of the Afghan political setup, agree on giving up the violence and engage in the political progress.”

No date has been set, but negotiations between Kabul’s political leadership and the Taliban are expected to begin next week and will most likely be held in Qatar, where the Taliban maintains a political office.

The Afghan negotiations were laid out in a deal signed by the US and the Taliban in February. At the time of its signing, it was touted as Afghanistan’s best chance at ending decades of war.

The deal called for the government to free 5,000 prisoners and for the Taliban to free 1,000 government and military personnel in its custody as a goodwill gesture ahead of the start of negotiations. 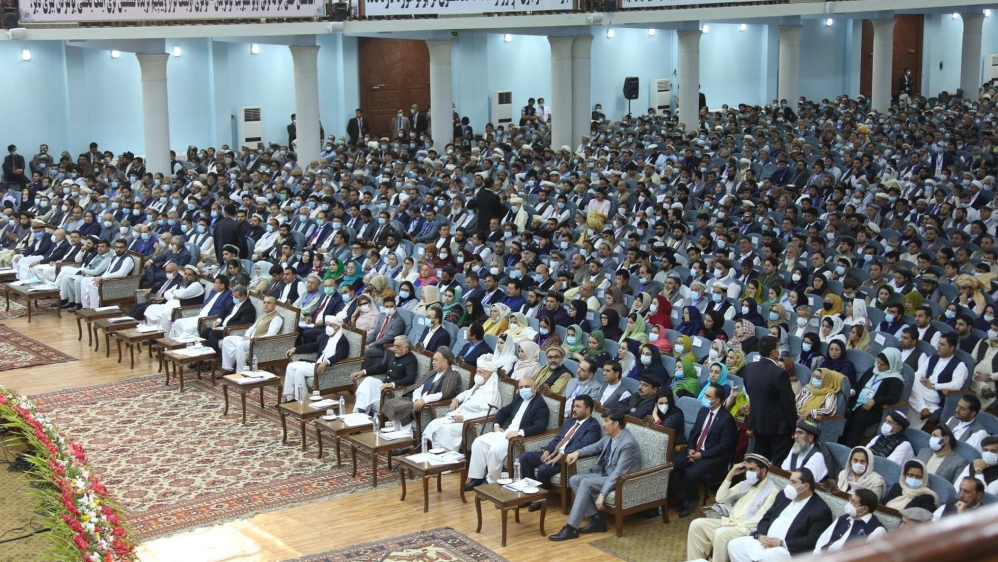 Some 3,200 Afghan community leaders and politicians gathered amid tight security in Kabul to advise the government on whether the prisoners should be freed [Andalou]

Washington’s peace envoy Zalmay Khalilzad spent more than a year and a half negotiating the deal with the Taliban to provide for the withdrawal of American soldiers after nearly 19 years in Afghanistan.

The withdrawal began earlier this year, but roughly 8,600 US soldiers remain in Afghanistan, and their return will depend on the Taliban honouring its commitment to fight against other armed groups and ensure Afghanistan is not again used to attack the US or its allies.

In an interview broadcast on Saturday, Defense Secretary Mark Esper said the US plans to cut its troop levels in Afghanistan to “a number less than 5,000” by the end of November.