The Israeli border has become a weekly destination for thousands of Gaza residents participating in what organizers called the “Great March of Return,” which began on March 30, to demand their right to return to their ancestral villages and towns in what is now Israel.

Organizers said that they have advanced hundreds of tents that had been erected in five protest locations across the Gaza Strip along the Israeli border, 400 meters from the frontier. This week’s protests titled the “Friday of Martyrs and Prisoners” coincided with the Palestinian Prisoner’s Day which is celebrated annually on April 17, in tribute to thousands of Palestinian prisoners in Israeli jails.

Dozens of the relatives of Palestinian prisoners in Israeli custody raised pictures of their children and held up banners written in Hebrew calling for their release from jails. The protesters also set a barred cage in which are four dolls representing Israeli soldiers currently in Hamas’s captivity in Gaza. 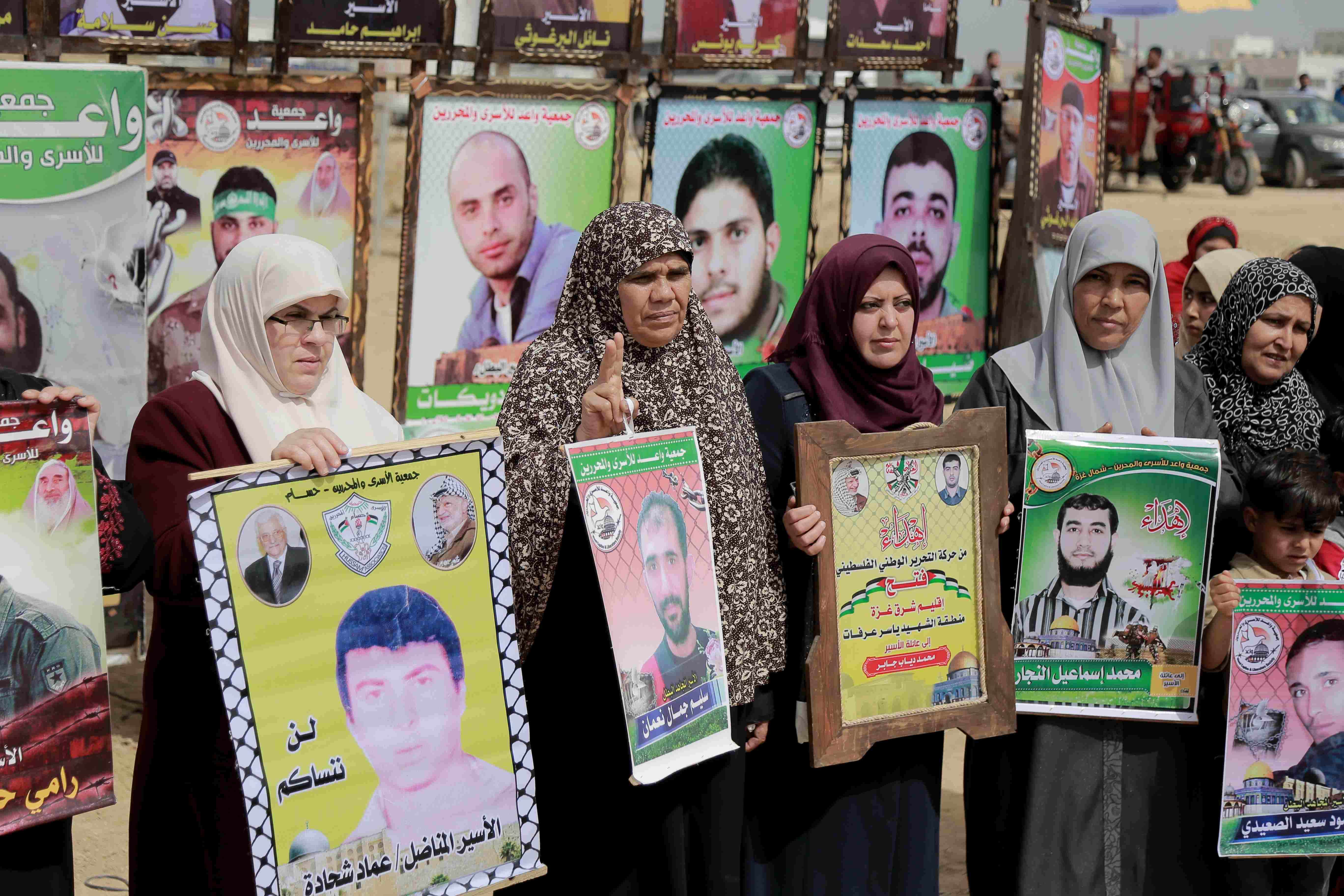 The mothers of the Palestinian prisoners carry pictures of their sons during a sit-in on the borders of the Gaza Strip. /CGTN Photo

“Our message to the world is that there 7,000 Palestinian prisoners suffering in Israeli jails who deserve to be released at any price. I think that the Palestinian resistance has got the power to force Israel to do so,” Abdullah Qandeel, the director of Waed association for prisoners and ex-prisoners in Gaza, said. 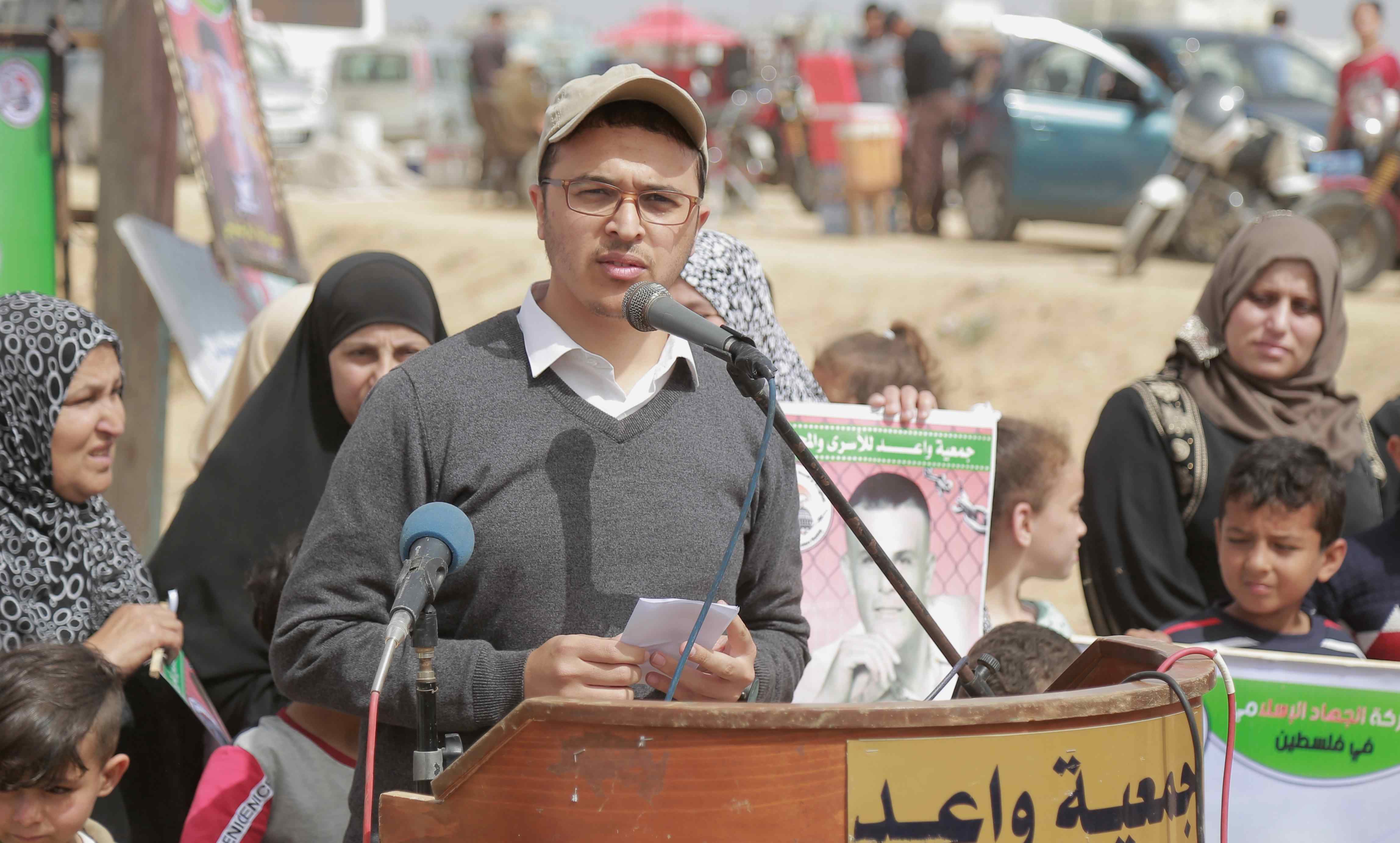 Four Palestinians, including a minor, were shot dead by Israeli fire, and more than 700 injured, health officials in Gaza said, as thousands turned out en masse on Friday moving toward the fenced border. The protesters hurled stones at the Israeli soldiers deployed on the other side of the border, and burned tires to obstruct the sight of Israeli snipers.

Palestinians in the Gaza Strip are looking forward to May 15, which marks the 70th anniversary of the Palestinian Nakba (Catastrophe) day, for Israelis’ independence day, to peacefully cross the fenced border separating Gaza from the 1948 occupied lands. The date marks when about 700,000 Palestinians forcibly left their homes and villages in the period which preceded and followed the creation of Israel in 1948.

“We need new forms of resistance. That is why we came here to protest peacefully to return to our homes that we were forced to leave in 1948,” said Mahmoud Ahmad, a protester whose family was displaced from Barbara village inside the Green Line. 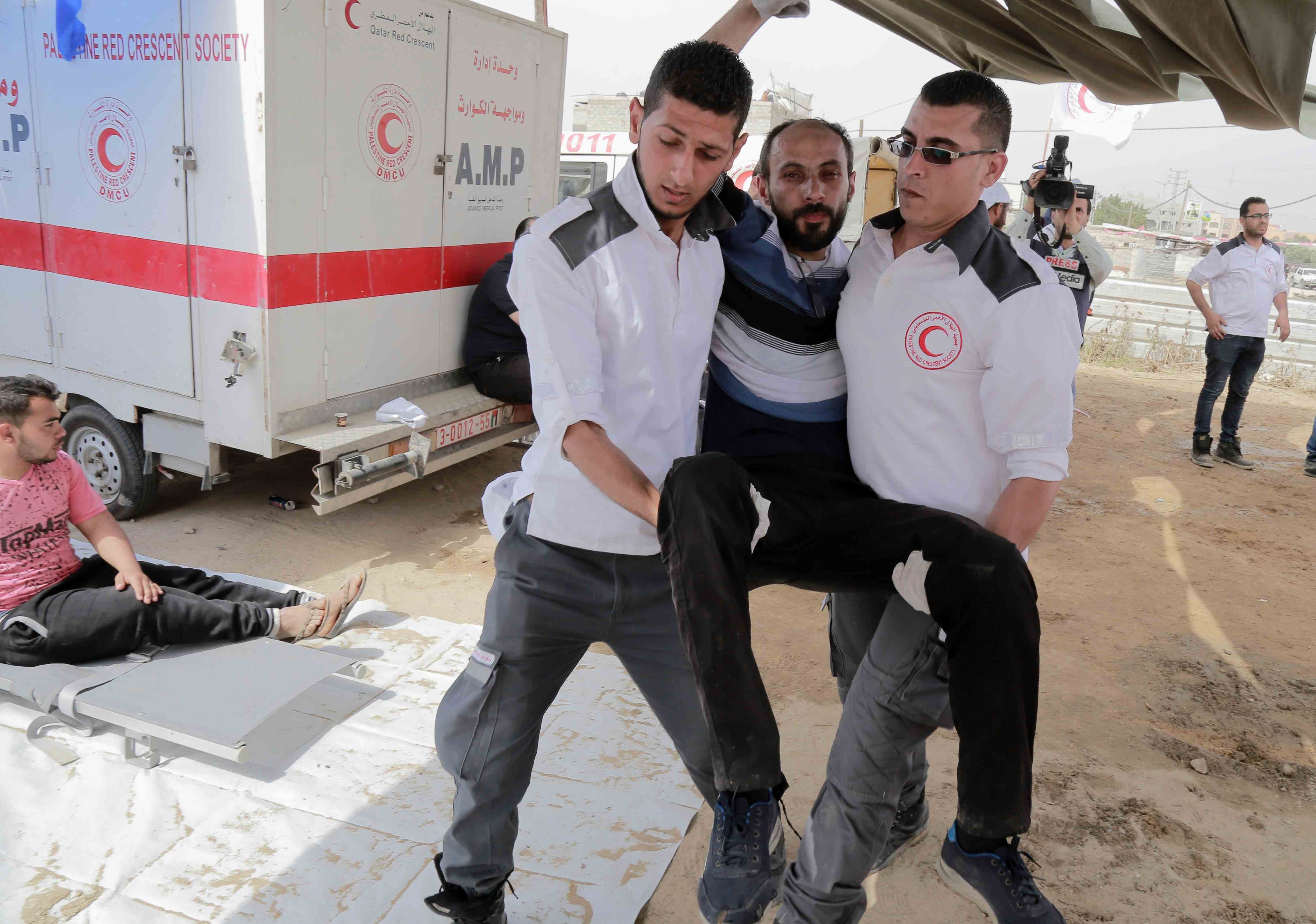 Palestinian ambulances transporting one of the wounded to the hospital. /CGTN Photo

The Great Return March has gained symbolic weight among Palestinians in the decade-long blockaded territory. Israeli officials are concerned about the latest border demonstrations in Gaza, fearing that thousands of people would cross the frontier into Israeli territory on May 15, putting Israel wholly on the defensive.

According to the Palestinian health ministry in Gaza, 35 Palestinians were killed by Israeli forces, and over 4,500 injured, since Gaza residents began massive demonstrations on the Israeli border called the “Great Return March” four weeks ago.

Qatar to withdraw from OPEC