From Old Masters’ self-portraits to contemporary selfies taken on phones, a London exhibition explores the creative potential of a mode of expression whose modern form is often derided as inane.

The British capital’s Saatchi Gallery on Friday launches “From Selfie to Self-Expression”, which it says will be the world’s first exhibition looking at the history of selfies.

It kicks off with Rembrandt, the 17th century Dutch artist whose dozens of self-portraits created an intimate autobiography with confident brushstrokes. His paintings are represented on digital screens that one can “like”, resulting in a red heart appearing over the image – just as on social media.

Modern-day selfies are different because they show “how we would like the world to see us, rather than how we are and who we are,” said Saatchi Gallery Chief Executive Nigel Hurst. 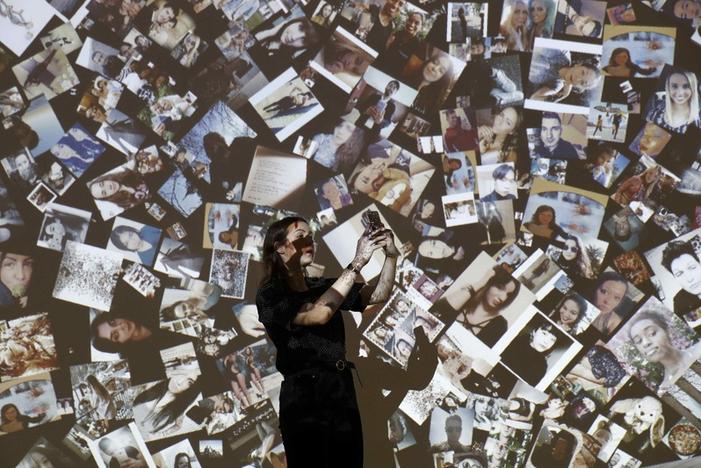 (A gallery assistant poses for a photograph during a press day to promote the upcoming exhibition ‘From Selfie to Self-Expression’ at the Saatchi Gallery in London, Britain March 30, 2017. REUTERS/Stefan Wermuth)

“It’s no coincidence… that most selfies are shot in pretty exotic locations, on holiday when people are experiencing things that are away from their humdrum, mundane lives,” he told Reuters. “It’s not about sharing our humanity, it’s about really sharing a version of our identity that we would like people to believe.” 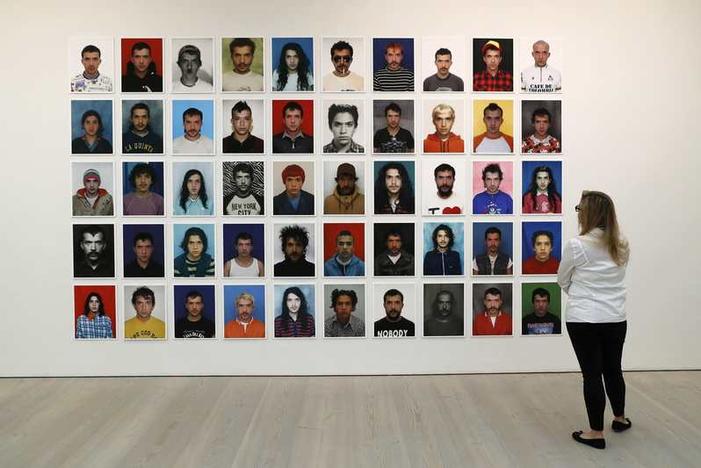 (A woman looks at ‘miss fotojapon 1998 to present’ by Juan Pablo Echeverri during a press day to promote the upcoming exhibition ‘From Selfie to Self-Expression’ at the Saatchi Gallery in London, Britain March 30, 2017.REUTERS/Stefan Wermuth)

In the digital age, the selfie has become ubiquitous, and the word was added to the Oxford English Dictionary in 2013.

Running to the end of May, the exhibition includes selfies by soccer player David Beckham and reality TV star Kim Kardashian, and even the first selfie shot by an animal (a monkey).

“People transform social media into something that is very expressive of being Chinese, or English, or Trinidadian and that is also true of the selfie,” said University College London Professor Daniel Miller, who researched the phenomenon around the world.

“In southern Italy, people feel they almost have a responsibility to represent Italian stylishness. In Trinidad, you want to be highly individualistic.”

The exhibition concludes with a critical stance on selfies, with an installation by Mexican artist Rafael Lozano-Hemmer and Polish artist Krzysztof Wodiczko of 12 surveillance cameras.

“Selfies are not an option, it’s something that is opening out our identity for good but mostly for bad, shaping up a controlling society,” Lozano-Hemmer said.

“The problem is not that we don’t have privacy any more.”