Three opinion polls showed a rise in support for Britain’s opposition Labour Party, although Prime Minister Theresa May’s Conservatives maintained a commanding lead ahead of a June 8 election expected to define the terms of the country’s EU exit.

The polls published late on Saturday showed May’s Conservatives remained between 11 and 17 points ahead of Labour – still enough to deliver a clear victory as she seeks a mandate for her plan to implement the result of last year’s Brexit referendum by quitting the European Union’s single market.

However, the polls showed the gap had closed from leads of up to 25 points reported last weekend.

One poll by YouGov showed the Conservative lead over the Labour had fallen to 13 points, compared to the 23 points that the same polling firm found last week.

The YouGov poll for the Sunday Times found that 44 percent were set to back the Conservatives, down from 48 percent last weekend. Support for Labour climbed to 31 percent from 25 percent.

“It looks as if some 2015 Labour voters who were saying ‘don’t know’ a week ago are now saying Labour,” wrote YouGov Research Director Anthony Wells for ukpollingreport.co.uk.

Earlier this month May surprised financial markets and political rivals by saying she would look to hold an early election on June 8 to strengthen her hand in Brexit talks. 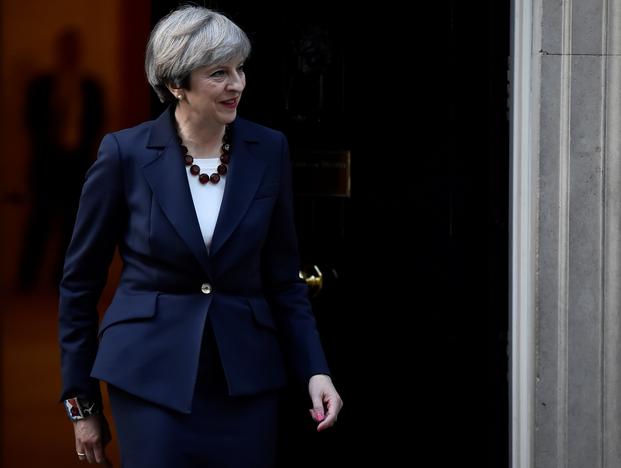 Speaking in television interviews on Sunday she sought to portray her party as the stable option capable of delivering a good Brexit deal, but noted that EU leaders’ attitudes showed there would be difficult talks ahead.

Sterling has risen on the prospect of May winning an election, but a further tightening in poll ratings might generate more uncertainty over what Britain’s position will be when it sits down in June to begin negotiations in earnest.

However, despite the narrowing gap, pollsters were divided over whether support for the Conservatives was actually falling.

An earlier poll by Opinium showed support for the Conservatives had actually risen two points, but the gap between the biggest parties narrowed nevertheless as Labour boosted their support by four points. Smaller parties saw their share of the vote drop.

The smallest gap between the two main parties was 11 points in a poll by ORB for the Sunday Telegraph. It showed support for the Conservatives at 42 percent, while support for Labour was 31 percent. It was ORB’s first poll on the election since May called the poll last week, and is not necessarily comparable with polls by other firms.

Change of UK Ambassador to the United States of America

Stop the War has faced a hurricane of malicious attacks

Is the EU’s cutting of funds to Turkey sending a political...