NEW DELHI/SINGAPORE The Indian state of Uttar Pradesh is voting in the biggest democratic election anywhere in the world this year. If it were a country, Uttar Pradesh – with a population of nearly 220 million – would be the world’s fifth-largest.

Even though India today is a vibrant democracy, politics in the battleground state is still influenced by the Hindu caste system, a social hierarchy with its origins in antiquity.

Figuring out which party can win in Uttar Pradesh depends on a complex equation of so-called “vote-bank” politics. Or, as a famous Indian saying goes: “It’s not how you cast your vote, but how you vote your caste.” 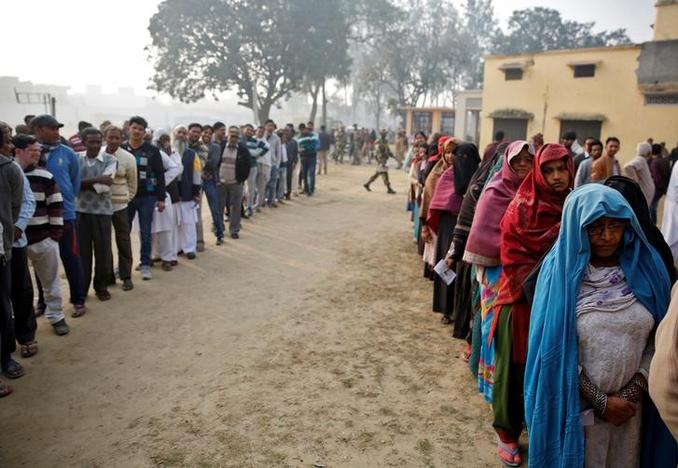 This Reuters graphics package looks at likely caste voting in the election: tmsnrt.rs/2m1vS6I

It’s shaping up to be a three-cornered contest. Each party needs to shore up its core support – and grab votes from rivals – to stand a chance of winning.

The ruling Samajwadi Party (SP), led by youthful Chief Minister Akhilesh Yadav, is seeking re-election in voting that is being held in seven stages – starting in the West and moving East – that run until March 8.

He is up against Prime Minister Narendra Modi’s Bharatiya Janata Party (BJP), which is in opposition in the state assembly but swept Uttar Pradesh in the 2014 general election. The third main contender is the Bahujan Samaj Party (BSP) led by Mayawati, who was chief minister in Uttar Pradesh from 2007-2012.

Indian elections are based on Britain’s first-past-the-post system. In a triangular contest, the party or coalition that wins a vote share significantly above 30 percent can win by a landslide. Results are due on March 11.