An unarmed policeman who died during an attack on Britain’s parliament last month might not have been able to protect himself even if he had been armed, London’s new police chief Cressida Dick said on Tuesday.

The attack on Westminster, in which a man drove into a crowd of pedestrians before stabbing policeman Keith Palmer, prompted scrutiny of security arrangements at the Houses of Parliament.

However Dick, who gave a reading at Palmer’s funeral on her first day as Metropolitan Police Commissioner last week, said that he might still have died even if he had been armed. 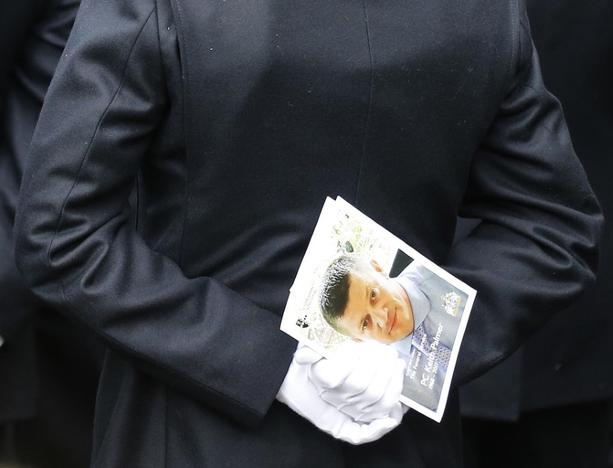 “It’s very hard to say that if Keith had been armed, he would be alive today,” Dick said on BBC radio.

“There’s a backdrop of loads of members of the public where he was standing, so it might have been, even if he had had a firearm, difficult for him to take a shot.”

Khalid Masood ploughed a rented car into pedestrians on Westminster Bridge and stabbed Palmer to death, killing five in total before being shot dead by another officer.

Some politicians have criticised security at the parliament and suggested that Palmer should have had a gun. Dick said she would wait for the results of reviews into the attack before drawing any conclusions.

She said there would likely have to be “some changes” to security provisions, but added that the attacker was looking to challenge freedoms that Britons value.

In a separate interview with LBC radio, Dick said that “we need to be alert” to any possible new attacks but emphasised that people should carry on going about their daily business as usual.

“I don’t think people need to be going around alarmed all the time.”

“Don’t mess with Pakistan,” India is told amid Kashmir tension

Victory for May as court throws out EU single market challenge