LONDON Britain’s free-spending consumers again confounded warnings that June’s Brexit vote would cause an immediate slowdown in the country’s economy, driving robust growth in the final three months of 2016, data showed on Thursday.

Gross domestic product rose at a quarterly pace of 0.6 percent between October and December, keeping up the same above-average pace seen in the initial three months after the referendum decision to leave the European Union.

A Reuters poll of economists had forecast a slight slowdown to growth of 0.5 percent.

Sterling, which lost as much as 20 percent against the dollar last year after the shock vote, hit a six-week high against the dollar GBP=D4 and British 10-year government bond yields GB10YT=RR rose to their highest since mid-December as some investors believed the Bank of England might soon start to move toward an interest rate hike.

“What the figures today show is that the UK economy continues to be resilient and continues to confound the skeptics,” finance minister Philip Hammond said.

Though most economists expect higher inflation this year to squeeze consumers – and see longer-term damage to trade from Brexit – Hammond said the economy’s resilience meant Britain could be optimistic about the Brexit talks that lie ahead. 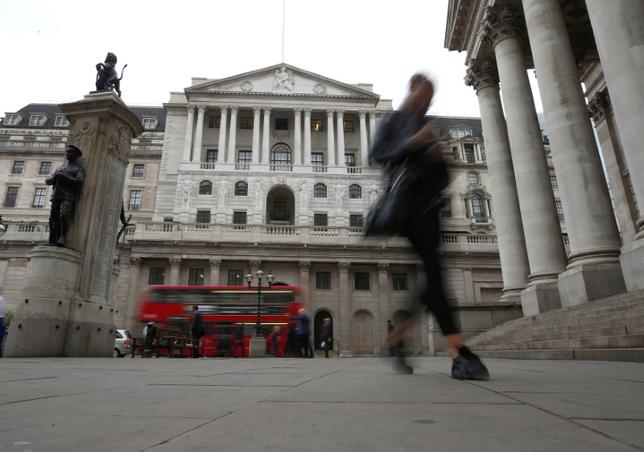 The Office for National Statistics said services, which are most sensitive to consumer spending, were the biggest gainers, growing by 0.8 percent. Industrial output was flat and construction only edged up slightly.

LEADING THE PACK, FOR NOW

Growth in 2016 as a whole slowed only slightly to 2.0 percent from 2.2 percent in 2015, but this was mostly due to weak growth in the first three months of the year, before the referendum.

Many economists had expected Britain to flirt with recession after the Brexit vote. But it was probably one of 2016’s fastest-growing major rich economies. Its year-on-year growth exceeded Germany’s 1.9 percent last year.

The BoE raised its forecast for growth in 2017 to 1.4 percent in November and it may well raise it again in a quarterly update next Thursday after the run of strong economic data.

But the outlook for 2017 remains murky, largely because of Britain’s reliance on its consumers, which BoE Governor Mark Carney flagged as a risk this month.

Sterling’s fall is already pushing up costs for businesses and households are likely to share the pain soon.

Allan Monks, a J.P. Morgan economist, said the BoE would probably stick to its neutral stance on interest rates next week. But if the expected slowdown in the economy did not materialize, it could start to signal a hike later this year.

The Confederation of British Industry on Wednesday reported strong orders for manufacturers in January, suggesting a strong start to 2017 for the country’s factories.

Figures on Thursday showed the number of mortgages approved by banks hit a nine-month high in December and consumer credit continued to expand robustly.

There was a possible warning sign in separate data which showed British retail sales fell unexpectedly in January, hit by weak food sales. Retailers said they thought the fall was a blip, though they did see tougher time ahead.

Also on Thursday, a report showed British carmakers cut investment by a third last year due to Brexit worries.

Norway mass murderer Breivik’s case to be heared in prison

Turkish court fines husband for saying: ‘I don’t love you’