Britons are cutting back on their daily coffee fix and hesitating before splashing out on bigger items such as new carpets, retailers said on Tuesday, further signs that consumer spending is slowing sharply ahead of a national election in June.

Britons are starting to feel the strain of rising prices after last year’s vote to leave the European Union sent the pound plunging, recent data and industry surveys have indicated.

Now individual companies are spelling out the impact of a deteriorating consumer market as rising inflation and muted wage growth dents disposable income, hitting their shares.

“Domestic consumer-facing businesses are likely to face a challenging year as discretionary spending becomes squeezed whilst High Street operators are having to absorb cost increases such as business rates and the National Living Wage,” said Guy Ellison, head of UK equities at Investec Wealth & Investment.

Shares in Whitbread, owner of the Costa Coffee chain, Premier Inn hotels, Beefeater restaurants and Brewers Fayre pubs fell as much as 8.2 percent after it gave a downbeat forecast and reported declines of 0.8 percent and 0.7 percent respectively in fourth quarter to March 2 like-for-like sales at Costa and restaurants respectively. 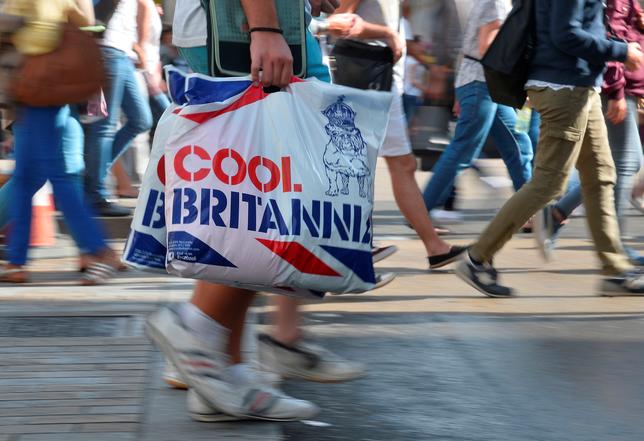 “Indications suggest that there is going to be some constraint on (the) pound in the average consumer pocket with inflation and higher petrol prices and a relatively static wage position,” Chief Executive Alison Brittain told reporters.

Politicians will be looking particularly closely at the health of the economy after Prime Minister Theresa May last week called a surprise snap election for June 8 to try to strengthen her hand in Brexit negotiations.

Carpetright, Britain’s biggest floor coverings retailer, also highlighted tougher conditions as it reported a slowdown in sales growth in its fourth quarter, sending its shares down by up to 15 percent.

Carpetright’s fortunes are closely tied to the strength of the British housing market and the firm is regarded as a useful economic indicator as it traditionally has been “first in, first out” of a recession.

“In common with other retailers in the home improvement sector in the UK we have experienced tougher trading conditions over the last three months,” said Chief Executive Wilf Walsh.

Last month clothing retailer Next said it was “extremely cautious” about prospects in 2017, while Wickes owner Travis Perkins said expectations for growth in the home improvement market had weakened.

Travis cautioned that a reduction in consumer confidence could have a pronounced impact on big-ticket purchases such as kitchens and bathrooms.

Bright spots do, however, remain.

(Additional reporting by Rahul B; Editing by Keith Weir)

Wars in Afghanistan created Refugees and IDPs in Pakistan