Jan 10 British retail sales picked up speed in December, an industry survey showed, but sales of bigger ticket items were sluggish, a possible early sign that consumers are bracing for a Brexit hit to their spending power.

A separate survey showed a slight slowdown in the number of permanent workers hired via recruitment agencies last month and pay rising at the slowest pace in five months.

Economists are watching for any signs of a flagging in the spending by consumers which has helped Britain’s economy to withstand the shock of the vote in June to leave the European Union.

The British Retail Consortium said a strong Christmas week boosted spending growth in December to a year-on-year rate of 1.7 percent, up from 1.3 percent in November. 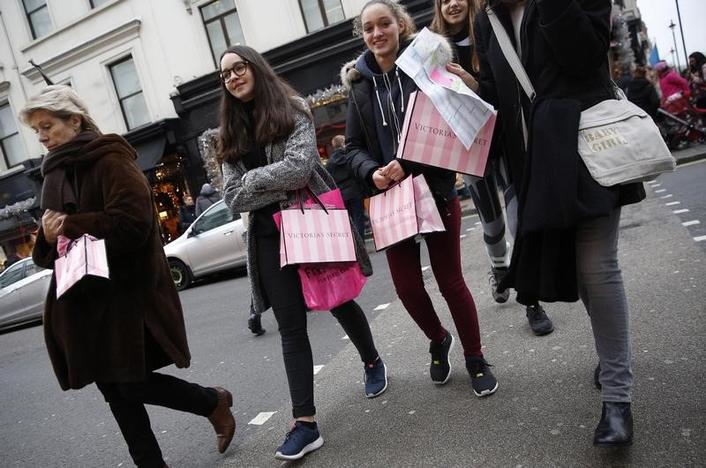 “Despite the slow start to the Christmas trading period, the week itself was a bumper one and exceeded expectations,” BRC chief executive Helen Dickinson said.

While food sales were strong in December, non-food sales were slow, possibly reflecting fewer clearance sales days after Christmas this year than in 2015, according to the BRC.

But the pattern was repeated over the three months to December when food sales increased by 2.4 percent, the strongest increase in more than three years and non-food sales rose by only 1.3 percent, the weakest performance since October 2012.

Britain’s inflation rate has begun to rise following the slump in the value of the pound caused by the Brexit vote, and it is expected to hit around 3 percent this year.

“The challenge for retailers in 2017 will be to create real growth against a backdrop of growing inflationary pressures and persisting economic and political uncertainty,” Dickinson said.

So far, Britain’s labour market has shown only a few hints of weakening after the Brexit vote.

The rate of growth of pay for permanent workers was the slowest in five months, it said.

By contrast, hiring and pay growth for temporary workers were the fastest since the spring of last year.

Villages evacuated as wildfire rages on Greek island of Zakynthos

Thousands protest against austerity in Athens