Larry Sanders, elder brother of former U.S. Democratic presidential candidate Bernie, was pressing the flesh in his own campaign on Tuesday as he took to the streets ahead of an election this week in rural Oxfordshire, central England.

Sanders, 81, is standing as a candidate for the left-leaning Green Party in Witney, an affluent seat left vacant by the resignation of former Prime Minister David Cameron after June’s EU membership referendum.

The vote on Thursday will be the first electoral test of his successor Theresa May’s Conservative government.

Brooklyn-born Larry Sanders, an academic who has lived in Britain since 1969, is the Greens’ national spokesman on health affairs and has been the leader of the county council’s Green group for the past eight years.

He faces a daunting task – the Greens have only one seat in Britain’s 650-seat parliament and Cameron won over 60 percent of the vote in Witney at the last general election in 2015.

But he admits the Sanders name helps. 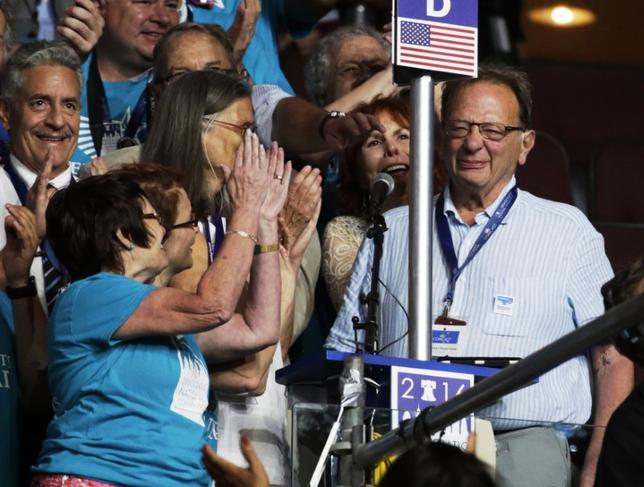 “It opens the doors,” he told Reuters. “People think this guy exists, we know about him, he has some place in the world. Green Party candidates don’t always get that advantage.”

The genteel campaigning in one of Britain’s wealthiest countryside areas is very different from that his brother, a U.S. Senator from Vermont, experienced.

“The Bernie experience is mass politics, meetings with 25, 30,000 people, all of whom know his policies because he had a year and a half to explain them,” he said. “Here it’s a few weeks and it’s very much retail politics, person by person.”

But the issues, he feels, are not so different.

Many people, he said, are fed up with not having a decent place to live or a decent health service. “People are angry about that,” he added.

Sanders spent 12 weeks on the U.S. campaign trail with Bernie, and says his younger brother connected with millions of Americans.

Bernie Sanders finally endorsed former rival Hillary Clinton for president after a hard-fought campaign that surprised many with his success.

Larry says he will also reluctantly vote for Clinton on Nov. 8 to keep out her Republican rival Donald Trump.

Business leaders’ confidence in UK economy at lowest so far this...

Kidnap ‘against Sharia’, IS warned

Kids’ swings out, gin in to UK inflation basket as ‘hipster’...