Chief Justice Saqib Nisar must understand that these mafia gangs of Sharifs and Zardaris are working in the disguise of politics and democracy. They are threatening the state of Pakistan and its officials. All 55 officials of JIT (Joint Investigation Team – Money Laundering and fake bank accounts) from FIA, ISI, FBR and State Bank have told supreme court in writing that they are receiving life threats and need protection. Following Columbian and Mexican experience in dealing with drug mafias and cartels only military courts can deal with these cases whom these gangsters think twice before threatening?

Bilawal Zaradrai Bhutto is a mature man and member of Pakistan’s national assembly and chairman of Pakistan People Party. He is direct beneficiary of his father Asif Zardrari’s empire worth multibillion dollar built on corruption and proceeds of crime. As an adult he has signed his ownership of the businesses and shares. There is no need for the chief justice of supreme court to demean him and shift blame on someone else of his own actions. I don’t think anyone else in Pakistan will have this kind of leniency and special treatment from judiciary. He must know that PPP’s history is filled with terrorism, plane hijackings and murders of political opponents including Chaudhry Zahoor Ilahi.

Tower of politics like Raza Rabbani, Aitazaz Ahsan, Khurshaid Shah, Qamarzaman Kaira and sons stand behind Baby Bilawal in political speeches and meetings. Yet Pakistan’s supreme court chief justice ordered his name to be removed from the exit control list as according to him ‘little boy came from abroad to promote his mother’s mission’. What mission is that? Why you are ignoring the fact that: ‘Bilawal is an adult, direct beneficiary and also owner of the properties and businesses.

On Hamza Shabaz and (his alleged wife later, accepted) Ayesha Ahad case Chief Justice Saqib Nisar was very proactive in mediating and quietly resolving the criminal case in his chambers. Hamza Shabaz has been denying his relationship for long time but admitted in in front of Chief Justice in his chamber. Hamza Shabaz son of former chief minister and now leader of the opposition in Punjab is obviously a rich and powerful guy. Chief Justice saved his political future by not having an open court trial, forming a JIT investigations and application of article 62 and 63. Just because Ayesha Ahad was poor woman asking for her rights and justice for the tortures by Sharifs? Did he save the future of both PML-N and PPP? This is actually a father to son mafia and dodgy democracy which is challenging the state of Pakistan. Ayesha Ahad and Hamza Shabaz pictured below. 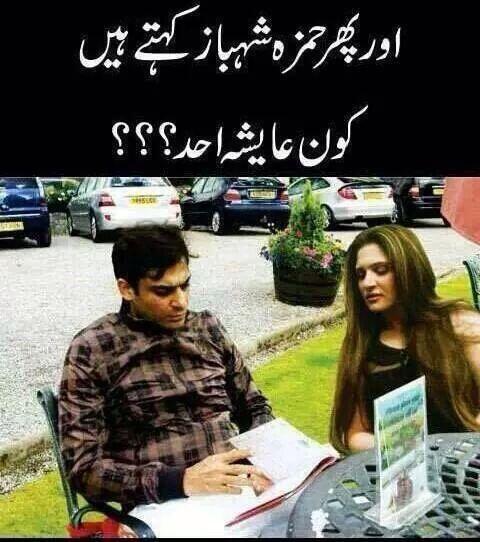 Chief Justice did not postpone the Asia Bee Bee case judgement for few weeks and have some impact assessment by the government, not on the day Pakistani Prime Minister Imran Khan, making his first visit to China to get country out of economic crisis. Timing is very important sir as you know now. The country lost billions in property damage and loss of lives and limbs.

There are over 450 dual national bureaucrats in Pakistan with divided loyalties who could be the root cause of this failure of law and order and state control? So, what happened to their case?

During the American War of independence, the Supreme Court allowed government to take special measures due to special circumstances that was also how to deal with the rebels. Pakistan is at war since 2001 and over 70,000 civilians and 16000 security members have lost their lives. This circus in the NAB courts and lawyer’s useless efficiency at the expanse of the taxpayers is a zero-sum game without building the capacity of the state institutions like courts and NAB, IB, ISI, FIA and FBR.

MPs demand rigorous shakeup at top of the BBC

Pakistani Parliament has been exposed