The German parliament convened on Wednesday to approve a new grand coalition led by Angela Merkel, electing the 63-year-old to fourth term as German Chancellor.

Lawmakers voted by 364 to 315, with nine abstentions, in favor of re-electing Merkel. 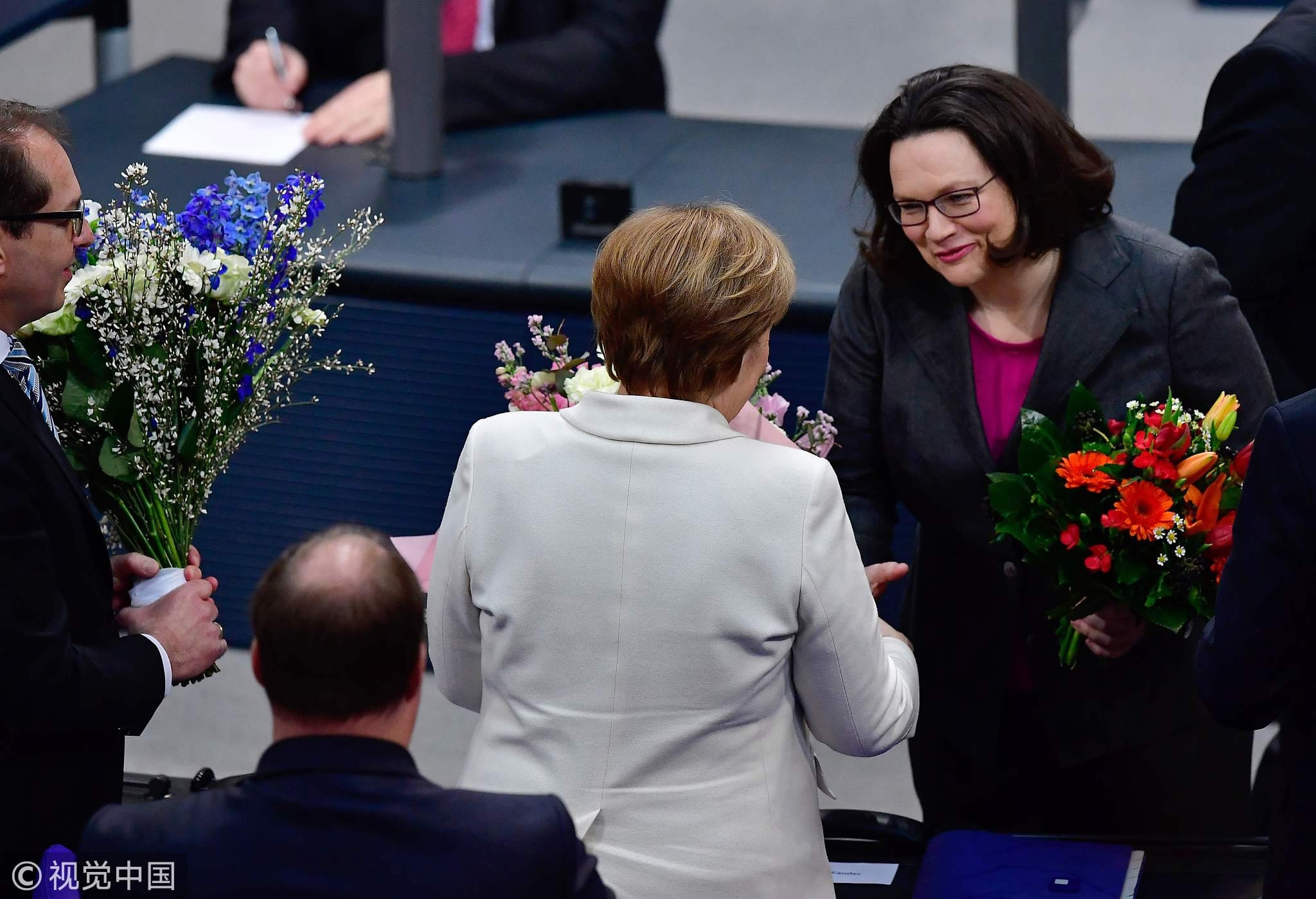 German Chancellor Angela Merkel is congratulated by Andrea Nahles, designated leader of the SPD, after Merkel was re-elected as Chancellor during a session at the Bundestag, March 14, 2018. /VCG Photo

“I accept the vote,” she told the parliament after the vote.

Merkel herself acknowledged earlier this week that this is more of a shotgun marriage than a love match: had her conservative bloc not joined hands with the rival SPD, they both could have faced further setbacks in new elections up against the far-right AfD.

German Chancellor Angela Merkel is congratulated by Alice Weidel, co-leader of Germany’s far-right AfD party, after Merkel was re-elected as Chancellor during a session at the Bundestag, March 14, 2018. /VCG Photo

The array of challenges facing the new alliance is huge: domestically, tensions have already surfaced on policy ranging from anti-poverty measures to abortion; abroad, Germany is one of the countries most exposed to a trade standoff with Donald Trump’s United States.

This is likely to be Merkel’s final term – it could also be her most challenging yet.

Indian court moves rape and murder trial of girl out of...